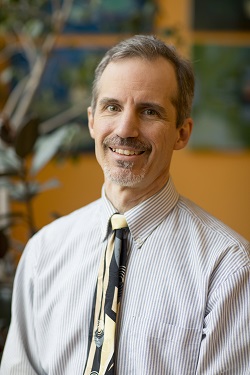 Alex has been teaching math and computer science at Rudolf Steiner High School since 2004, after transitioning from a 10-year career as a computer systems developer.  He received his Bachelors in Mathematics from the University of Illinois in 1988 and his professional teaching certificate via Eastern Michigan University in 2008.  Alex has been a volleyball coach and director for over 45 seasons.  He has been happily married since 1993 and is a proud father of an RSSAA alumnus daughter.